Mineralized sections for boreholes LADD012, LADD014 and LADD017 are summarised in the table below:

Note: It is estimated that the true widths of the mineralised sections for core holes LADD012,  LADD014 and LADD017 are, respectively, 86%, 78% and 71% of the intersected widths in the above table.

Regular measurements of inclination and azimuth were taken at 30 metre intervals down the hole and all the core was orientated.  All intercepted grades are uncut with maximum internal dilution equal to or less than 4 metres of intersected width.

Commenting on these latest drilling results, Loncor President Peter Cowley said: "Borehole LADD017 was the first of the infill holes to upgrade the mineral resources within the shallower part of the open pit shell and gold grades were better than the previously drilled surrounding holes.  Boreholes LADD012 and LADD014 were drilled on the southeast edge of the mineralization and as expected, thickness of the banded ironstone package as well as grades were less than in the central part of the Adumbi deposit.  This further indicates a shallower northwest plunge to the mineralization.  Our current drilling focus is to upgrade some of the shallower, inferred resource within the US$1,500 pit shell into the indicated category and to outline underground resources at depth below the 3.15 million ounce inferred resource pit shell.  In this regard, the deepest hole at Adumbi, LADD016 was recently completed after intersecting a wide zone of the mineralized BIF package and is now being submitted to the independent laboratory for gold analysis."

The gold mineralization at Adumbi is associated with a thick package (up to a maximum of 130 metres) of interbedded banded ironstone formation (BIF) and quartz carbonate and chlorite schist with higher grade sections being found in a strongly altered siliceous unit termed "Replaced Rock" (RP) where structural deformation and alteration has completely destroyed the primary host lithological fabric.  Disseminated sulphide assemblages include pyrite, pyrrhotite and arsenopyrite which can attain up to 20% of the total rock in places.

Drill cores for assaying were taken at a maximum of one-metre intervals and were cut with a diamond saw, with one-half of the core placed in sealed bags by Company geologists and sent to the Company's on-site sample preparation facility.  The core samples were then crushed down to 80% passing minus 2 mm and split with one half of the sample up to 1.5 kg pulverized down to 90% passing 75 microns.  Approximately 150 grams of the pulverized sample was then sent to the SGS Laboratory in Mwanza, Tanzania (independent of the Company).  Gold analyses were carried out on 50g aliquots by fire assay.  In addition, check assays were also carried out by the screen fire assay method to verify high-grade sample assays obtained initially by fire assay.  As part of the Company's QA/QC procedures, internationally recognized standards, blanks and duplicates were inserted into the sample batches prior to submitting to SGS Laboratory.

Peter N. Cowley, who is President of Loncor and a "qualified person" as such term is defined in National Instrument 43-101, has reviewed and approved the technical information in this press release. 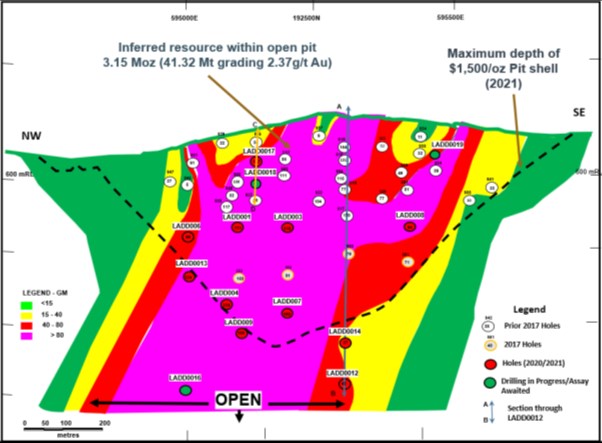 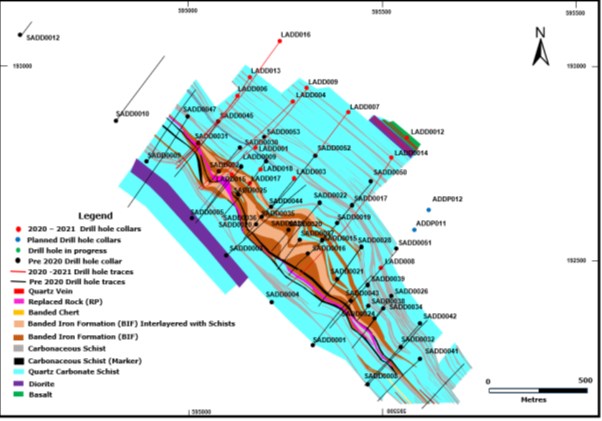 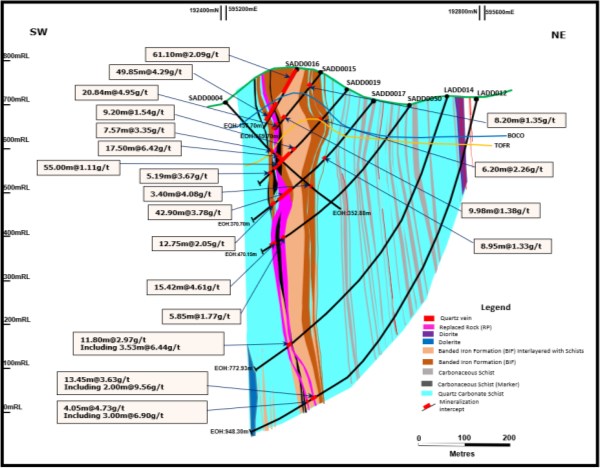 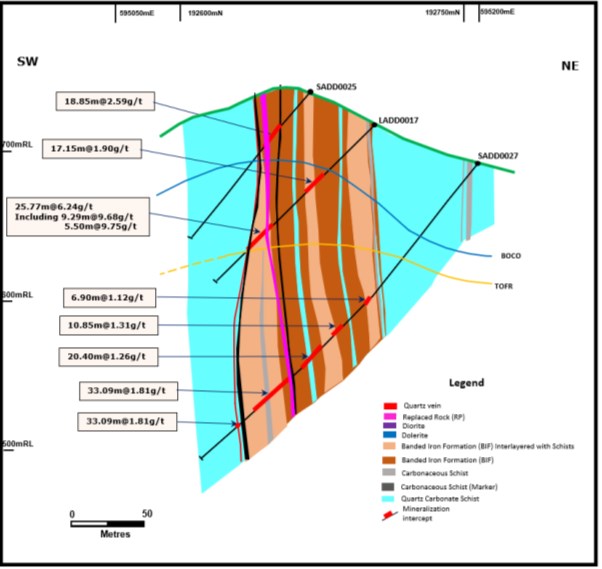 Additional information with respect to the Company's Imbo Project (which includes the Adumbi deposit) is contained in the technical report of Minecon Resources and Services Limited dated April 27, 2021 and entitled "Updated Resource Statement and Independent National Instrument 43-101 Technical Report, Imbo Project, Ituri Province, Democratic Republic of the Congo".  A copy of the said report can be obtained from SEDAR at www.sedar.com and EDGAR at www.sec.gov.

Information with respect to the Company's Makapela Project, and certain other properties of the Company in the Ngayu gold belt, is contained in the technical report of Venmyn Rand (Pty) Ltd dated May 29, 2012 and entitled "Updated National Instrument 43-101 Independent Technical Report on the Ngayu Gold Project, Orientale Province, Democratic Republic of the Congo".  A copy of the said report can be obtained from SEDAR at www.sedar.com and EDGAR at www.sec.gov.

Additional information with respect to Loncor and its projects can be found on Loncor's website at www.loncor.com