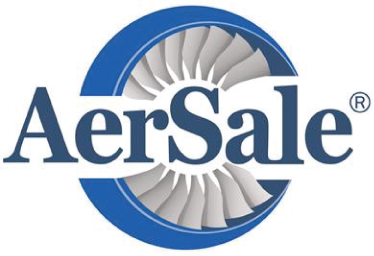 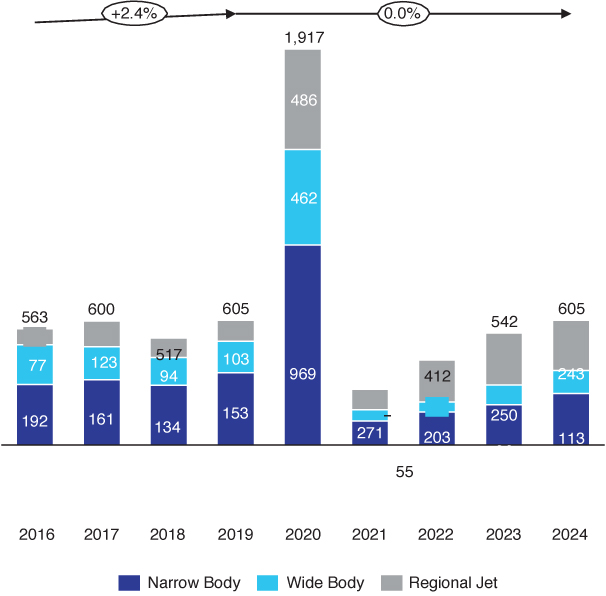 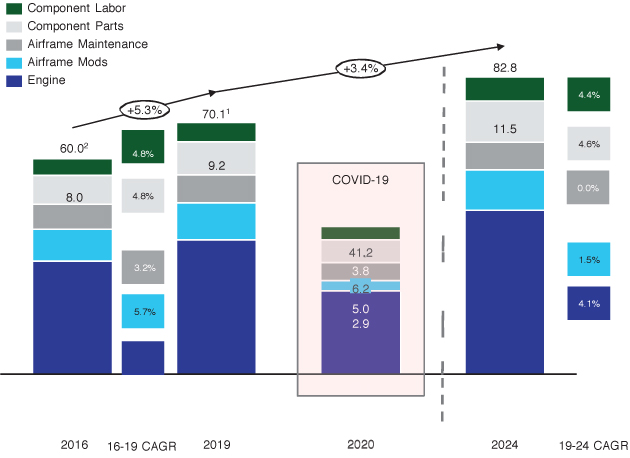 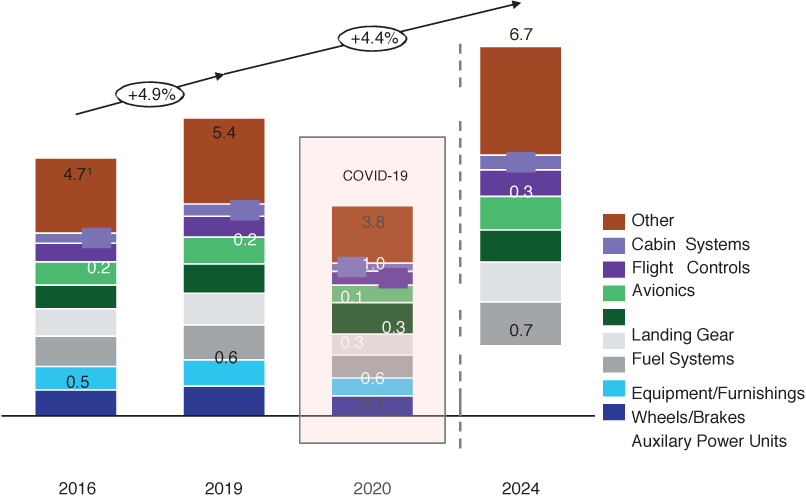 ​
(1)
2016 MRO market is adjusted to 2020 dollars to match forecast, historicals adjusted to reflect new “actuals”
​
Note: Other consists of hydraulics, electrical, pneumatic, engine accessories, cargo, water and waste, tires, thrust reversers, structures, propeller, and minor ATA chapters.
Source: Oliver Wyman analysis.
Within the Commercial MRO Market, since 2016 revenues for component MRO (pre-COVID 19) has experienced strong growth of 4.9% annually to reach $5.4 billion in 2019. Despite the pull back in MRO demand to an estimated $3.8 billion this year, Oliver Wyman’s September 2020 update now forecasts global component MRO revenue rebounding at a growth rate of 4.4% annually to reach over $6.7 billion by 2024. This demand is significantly influenced by increasing MRO requirements to support mid-life narrow-body aircraft such as the A320 and 737NG, as well as greater MRO demand for components such as flight controls, landing gear, avionics, wheels and brakes. Given that many airlines are moving to hold on to their existing mid-life aircraft (in lieu of capital intensive new aircraft) in the current economic environment, a significant rise in demand for our aircraft MRO and USM parts offerings is anticipated.
While currently only a small portion of its business, we are actively pursuing the supply of USM parts and Flight Equipment MRO services directly to governmental agencies, as well as to other primary contractors that support them. Our focus will be on defense platforms which are derivative models of commercial aircraft, and consequently share common USM and MRO requirements. The military market provides a diverse revenue stream as it does not directly correlate with the market trends in the commercial space.
Business Strategy
Competitive Strengths
Our competitive strengths are focused on institutionalized processes to drive profitability by maximizing Flight Equipment values across the second half of their life-cycle. We believe our data-driven approach, highly attuned staff, proprietary analytical tools, and formalized decision-making processes give us a unique platform to drive value within the aviation aftermarket.
49
TABLE OF CONTENTS 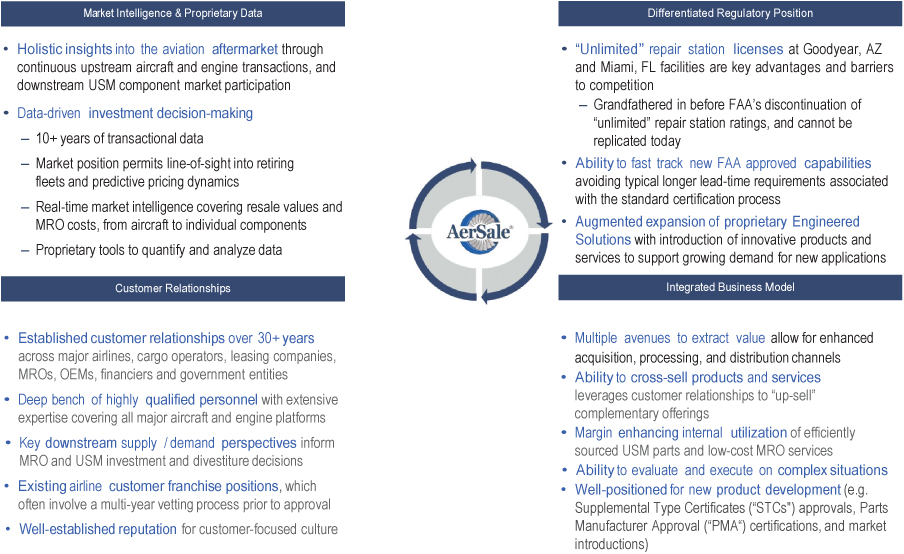