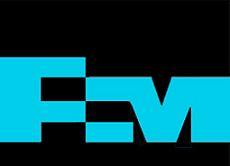 (Exact name of registrant as specified in its charter)

Check the appropriate box below if the Form 8-K filing is intended to simultaneously satisfy the filing obligation of the registrant under any of the following provisions (see General Instruction A.2. below):

Securities registered pursuant to Section 12(b) of the Act:

If an emerging growth company, indicate by check mark if the registrant has elected not to use the extended transition period for complying with any new or revised financial accounting standards provided pursuant to Section 13(a) of the Exchange Act. [ ]

The Indenture contains covenants that restrict FCX’s ability, with certain exceptions, to (i) incur debt secured by liens, (ii) engage in sale and leaseback transactions and (iii) merge or consolidate with or into another entity, or sell, transfer or lease all or substantially all of its properties and assets. These covenants are subject to a number of important exceptions and qualifications, as described in the Indenture.

Item 2.03.    Creation of a Direct Financial Obligation or an Obligation under an Off-Balance Sheet Arrangement of a Registrant.

The information in Item 1.01 of this Form 8-K is hereby incorporated by reference into this Item 2.03.

A copy of the opinion of Davis Polk & Wardwell LLP, counsel to FCX, relating to the legality of the Securities is filed as Exhibit 5.1 hereto.

FCX issued two press releases dated July 27, 2020, announcing, among other things, (1) that FCX has completed the sale of $1.5 billion of senior notes (see Exhibit 99.1); and (2) the early results of FCX’s offers to purchase certain outstanding senior notes and extension of the early tender premium (see Exhibit 99.2).

Copies of the press releases are attached hereto as Exhibits 99.1 and 99.2, respectively, and are incorporated into this Item 8.01 by reference.

Pursuant to the requirements of the Securities Exchange Act of 1934, the registrant has duly caused this report to be signed on its behalf by the undersigned hereunto duly authorized.