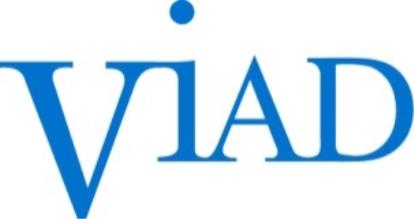 (Exact name of registrant as specified in its charter)

(Former name or former address, if changed since last report)

Check the appropriate box below if the Form 8-K filing is intended to simultaneously satisfy the filing obligation of the registrant under any of the following provisions (see General Instruction A.2. below):

Securities registered pursuant to Section 12(b) of the Act:

If an emerging growth company, indicate by check mark if the registrant has elected not to use the extended transition period for complying with any new or revised financial accounting standards provided pursuant to Section 13(a) of the Exchange Act. ☐

On February 16, 2021, the Human Resources Committee (the “Committee”) of the Board of Directors of Viad Corp (the “Company”) approved certain changes to the compensation program for Steven Moster, the Company’s President and Chief Executive Officer, and Ellen Ingersoll, the Company’s Chief Financial Officer, each of whom we refer to below as an executive.

The Committee approved a one-time grant of 80,357 and 21,428 performance-based restricted stock units (“PRSUs”) to each of Mr. Moster and Ms. Ingersoll, respectively (the “PRSU Awards”). The PRSU Awards were granted under the 2017 Viad Corp Omnibus Incentive Plan (the “Plan”) and pursuant to a new form of Restricted Stock Units Agreement.

The PRSU Awards will become earned based on the achievement of stock price goals (measured as an average closing price over 20 days), as set forth in the following table, at any time between the grant date and December 31, 2024, which we refer to as the performance period:

Any PRSUs that become earned PRSUs will vest on December 31, 2024, subject to the executive’s continued employment.

Any PRSUs that become vested will be settled in shares of Company common stock upon the executive’s separation from service from the Company.

The foregoing summary is qualified in its entirely by reference to the full text of the form PRSU Agreement, which is filed as Exhibit 10.1 to this Form 8-K, and is incorporated herein by reference.

Pursuant to the requirements of the Securities Exchange Act of 1934, the registrant has duly caused this report to be signed on its behalf by the undersigned hereunto duly authorized.